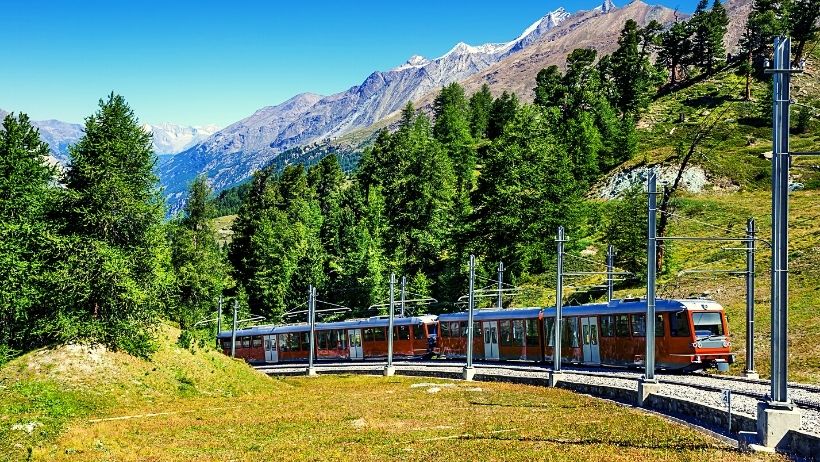 10 Most Beautiful Train Journeys in Europe

When traveling by plane or car, you usually have to get to your desired destination as quickly as possible. The train journey is not the destination, but the journey itself is the travel experience. You travel more slowly, but without stress. You can treat yourself to a stop and enjoy the cinema of great scenery as you look out the window.

There are spectacular mountain paths through tunnels, and intricately decorated bridges and viaducts. Other train routes lead through beautiful coastal regions or unspoiled nature and vast inland landscapes.

We have compiled a selection of ten of the most beautiful railway lines in Europe for you.

The road to Mallaig passes through Fort William. The lakeside town of Loch Linnhe is known as Britain’s outdoor capital, being the gateway to Ben Nevis, the highest mountain peak in the British Isles. Before reaching the terminus in the fishing village of Mallaig, the train crossed the impressive Glenfinnan Viaduct, known in the Harry Potter films. 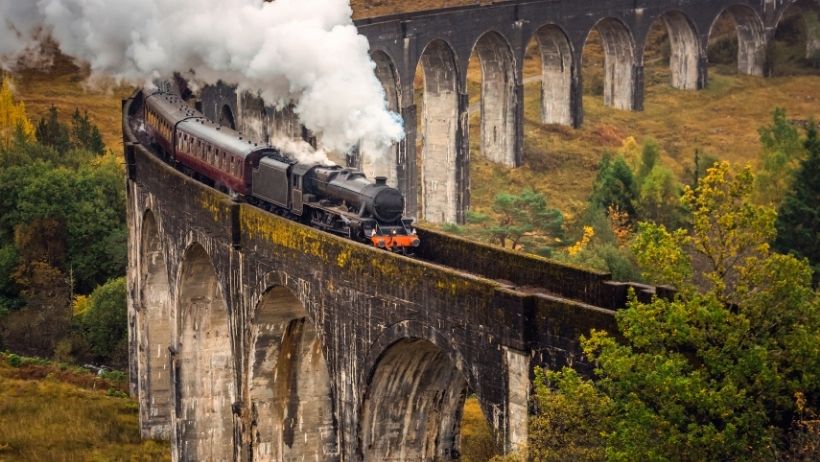 Northern Spain from Barcelona to Bilbao

The train of the national railway company Renfe travels the beautiful and scenic route of nearly 470 kilometers through the Spanish hinterland. There are two direct connections per day. From the Catalan municipality on the Mediterranean, the route begins at the edge of the foothills of the Pyrenees along the Ebro River. It crosses the different provinces. And almost all the climates of Spain to the Basque city of Bilbao on the Atlantic Ocean. You see arid savannas, rocky desert landscapes, fertile wine, and vegetable growing regions. For example in the famous wine region “La Rioja” and the high mountains right in front of the Atlantic Ocean.

On the midway of the Ebro, you pass Zaragoza, the capital of the province of Aragon, founded by the Romans. A vast arid semi-desert extends behind the verdant and fertile valleys of the Ebro and Oja rivers. In the Bardenas Reales Nature Reserve, a UNESCO reserve, strange sandstone formations rise from the ground and you can spot rare birds, such as gray vultures.

In Castejon de Ebro, in the middle of nowhere, the train makes a brief stop and is divided. One part continues via Pamplona to France, the other part continues its journey through the Rioja to Bilbao. A stop is worthwhile in Haro, the picturesque wine capital of the Rioja situated on a hill. Around the train station, there are various bodegas with an extended culture wherein you could flavor the well-known “Tinto”. Every year at the end of June the “Batalla del Vino” (wine battle) takes place here. The train fights its way through the breathtaking mountain landscape almost at a walking pace for the last stretch and down again, where the journey ends in Bilbao. The most famous landmark of the city on the Bay of Biscay is the futuristic Guggenheim Museum.

The most famous landmark of the metropolis at the Bay of Biscay is the futuristic Guggenheim Museum.

The Golden Pass Line in Switzerland

The most famous railways in Switzerland are the Bernina Express and the Glacier Express. Less widely recognized is the Golden Pass Line, a rail enjoy among Lucerne and Montreux. You can travel the approximately 190-kilometer route in a terrific 5 hours and with 3 special trains.

Every day, the GoldenPass Line rolls beyond Pilatus, Jungfraujoch, and 9 lakes, consisting of Lake Geneva. You enjoy Switzerland as though from a photo book. The panoramic cubicles provide nearly 360-diploma perspectives of excessive mountains, villages with regular chalets, vineyards, and a number of the country`s maximum essential cities.

With the Luzern-Interlaken Express of the Zentralbahn you byskip the Alpnachersee, Sarnersee and Lungernsee. You pressure up and down the Brünig Pass to Meiringen and through Lake Brienz to Interlaken. There you convert to the BLS RegioExpress, alongside Lake Thun, via the Simmental to Zweisimmen.

After another change to the MOB Panoramic, you can enjoy the special view through floor-to-ceiling windows on the last stage via Gstaad to Montreux. The panoramic home windows make you nearly overlook you`re on a train. Instead, you experience like you are sitting withinside the top-notch outdoors.

Train nostalgics should choose the GoldenPass Classic, the train is a replica of the elegant Belle Époque trains.

You should also not miss the following excursions: 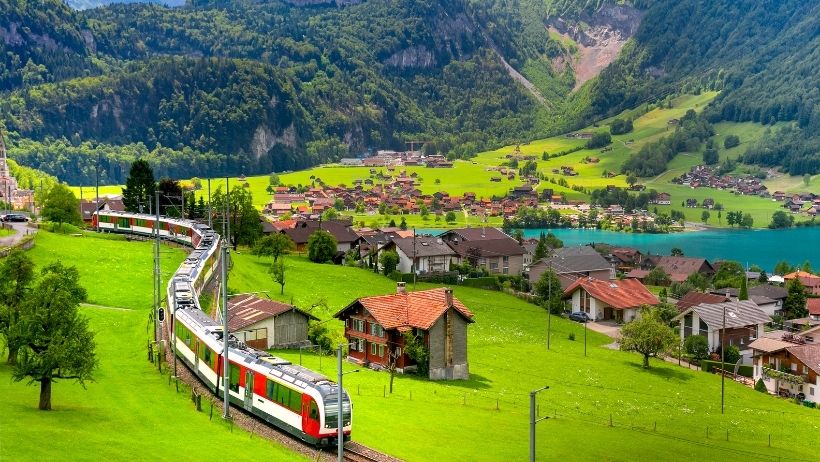 The Inlandsbanan thru the Swedish inland

Those who love untouched nature and journey have to embark on a three to six-day train adventure thru inland Sweden. From the province of Värmland thru Mora to the desert of Lapland. The whole course from Kristinehamn on Lake Vänern to Gällivare is sort of 1300 kilometers long. And you may meet bears and mooses alongside the way.

However, the Inlandsbanan simplest runs all through the Swedish summer time season holidays, between mid-June and mid-August. It is satisfactory to apply for the Inlandsbanan Card, which is legitimate for 2 weeks, as a sensible hop-on-hop-off ticket for as many stopovers as you like.

There are several tour alternatives and points of interest alongside the course:

At the terminus in Gällivare, approximately one hundred km north of the Arctic Circle, you have to take the gondola up the 823-meter-excessive Dundret – the view withinside the nighttime solar is a unique experience.

The Semmering Railway in Austria

The nearly 42-kilometer quick direction of the Semmeringbahn runs from Gloggnitz in southern Lower Austria over the 984-meter-excessive Semmering Pass to Mürzzuschlag in Styria. The adventure takes approximately an hour. The Semmering Railway opened in 1854 and turned into the world’s first mountain railway. The railway line is a top instance of the harmonious coexistence of a wild mountain panorama with stylish architecture. In 1998 it turned into declared a UNESCO World Heritage Site. When you consider that overcoming the distinction in altitude of 457 meters turned into a masterpiece for the time it turned into built. The scenically and architecturally appealing direction leads over sixteen viaducts, a number of that have floors, via 14 tunnels and over one hundred curved stone bridges.

There are numerous entry and exit options along the route for hiking and marveling at the bridges. At Semmering train station you can visit the information center for the “World Heritage Semmering Railway and the surrounding landscape”.

There are feeder trains with the Austrian Federal Railways from Vienna Central Station. 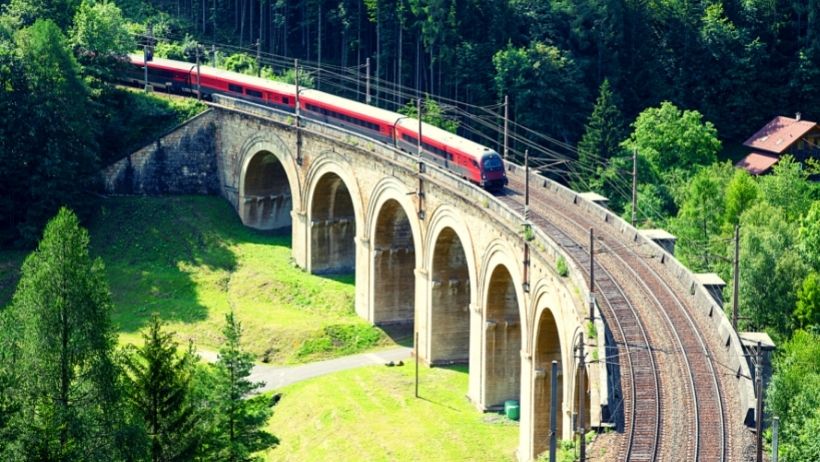 The maximum stunning railway line in Slovenia runs from Jesenice to Nova Gorica with the museum steam train. The almost two-hour experience at the Wocheinerbahn throughout the Julian Alps is unique. The railway became constructed withinside the early twentieth century as a part of the Imperial-Royal Austrian State Railways and became named after the Bohinj Valley. The about 90-kilometer path leads thru 28 tunnels and over 5 viaducts and sixty-five bridges. One of them is the Solcano Bridge, with a span of eighty-five meters the world`s biggest stone arch bridge.

One of the maximum lovely and wonderful routes in southern France is the 150-kilometer course Digne-Les-Bains-Nice with the pine cone train (Train des Pignes). The small train is likewise called “Navette” and runs 4 instances an afternoon among the Côte d`Azur and the Alps. It takes approximately 3 hours for the course with 15 ordinary stops. From Digne-Les-Bains, the train rolls thru picturesque mountain areas in Provence right down to Nice, the capital of the Var branch. Arcade viaducts bridge wild mountain rivers and rugged slopes. 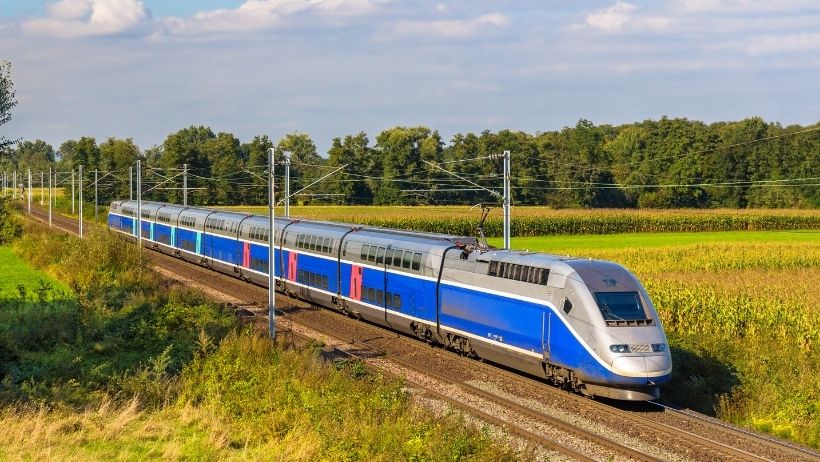 The Linha do Douro in Portugal

The Linha do Douro railway line is taken into consideration as one of the most stunning train routes in Portugal. The line, finished in 1887, became used to go the border into Spain. Today the railway runs alongside the river Douro from Porto withinside the west to Pocinho withinside the east of Portugal. A massive part of the 163-kilometer path runs thru the Douro Valley in only below 3 and a 1/2 hours.

The herbal and cultural panorama of the Douro Valley is likewise a UNESCO World Heritage Site.

The train journey begins rather boringly, in the first hour you can sit back and relax. The most scenic part of the route is between Pinhão and Pocinho. In some places, the railway line runs along river sections where there are no roads yet.

The Cinque Terre Express in Italy

Five small cities withinside the Italian location of Liguria, northwest of La Spezia, are called the Cinque Terre. The villages of Riomaggiore, Manarola, Corniglia, Vernazza, and Monterosso al Mare are coated up alongside the steep coast of the Ligurian Riviera from south-east to north-west. The location is included because the Parco Nazionale Delle Cinque Terre might not be structurally modified. Together with Porto Venere, the Cinque Terre has been a UNESCO World Heritage Site when you consider that 1997. Getting to and parking withinside the Cinque Terre is difficult, so an experience at the Cinque Terre Express is usually recommended for sightseeing.

The train adventure from La Spezia Centrale to Levanto takes handiest approximately forty mins without stopping. It is best to buy a Cinque Terre Card for as many exits along the route and use of the otherwise fee-based hiking trails and minibuses in the national park. Enjoy breathtaking views of the sea, pastel-colored villages, and terraced vineyards over rugged coastlines on this train route. 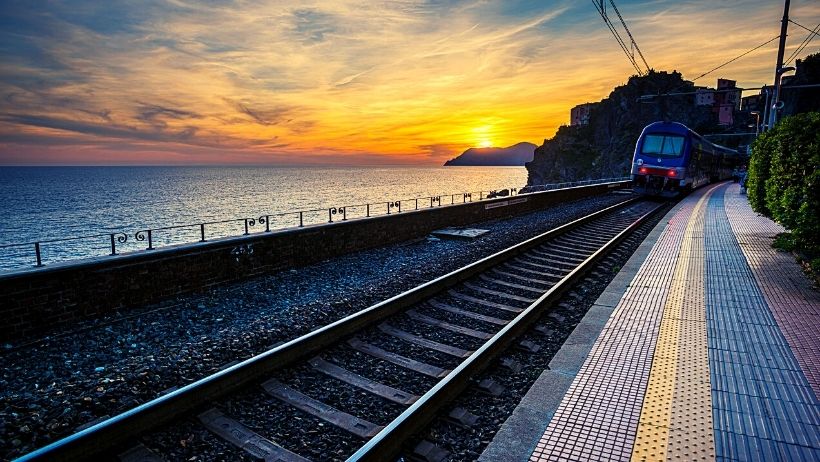 The Rhodope Railway in Bulgaria

In the south of Bulgaria, at the border with Greece, upward thrust the Rhodopes, the most important mountain variety in Bulgaria. The remaining surviving narrow-gauge railway in Bulgaria winds its manner thru those mountains and nearly untouched nature at a leisurely pace. It is 124 kilometers from Septemvri thru Velingrad and Bansko to Dobriniste. With the train mountaineering over one thousand meters in altitude at the 5-hour adventure. The train passes the very best height of the Rhodopes, the 2191 meter excessive Golyam Perelik, and the 2914 meter excessive Vihren close to Bansko withinside the Pirin Mountains.

In Avramovo the train passes the very best railway station in Bulgaria and the Balkans at 1267 meters. The superb narrow-gauge railway, in which time appears to have stood still, can be reached via the main line Sofia – Plovdiv – Burgas. There are 3 each-day connections in each direction. The route is an important traffic artery for the mountain region but is still an insider tip for tourists. That’s why the train adventure is cheap. A stopover is good for a trekking excursion thru the uniquely stunning panorama of the Rhodopes, huts for in a single day remains are marked on trekking maps.