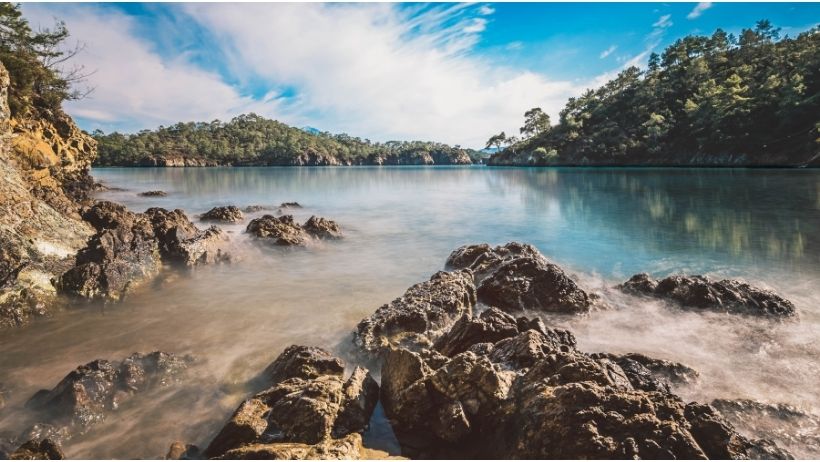 15 Undiscovered countries you should visit

With a surface area of ​​510 million square kilometers and a population of 7.6 billion, it can happen that quite a few states have never heard of before. So grab an atlas and come along on a journey of discovery. Perhaps you will find the perfect destination for your next vacation among these insider tips!

We are all familiar with Spain, the Maldives, and Australia – you do not have to be a geography genius for that. But if you know our list today, you can praise yourself because probably not many people have heard of these unknown countries. One thing is certainly not a problem here: overtourism. Rather, deserted beaches and undiscovered paradises await you.

We start our journey to the unknown countries of the world in the Caribbean. There is probably no other region that can make everyone dream so much. You may never have heard of these island states, but a vacation there is at least as nice, if not even better!

The island state of Antigua and Barbuda can be found in the eastern Caribbean. Regardless of whether you want complete relaxation on vacation, or if you are in the mood for sailing, snorkeling, and the like, here you have arrived in paradise. Anyone interested in colonial history will appreciate the cultural offerings on the island. 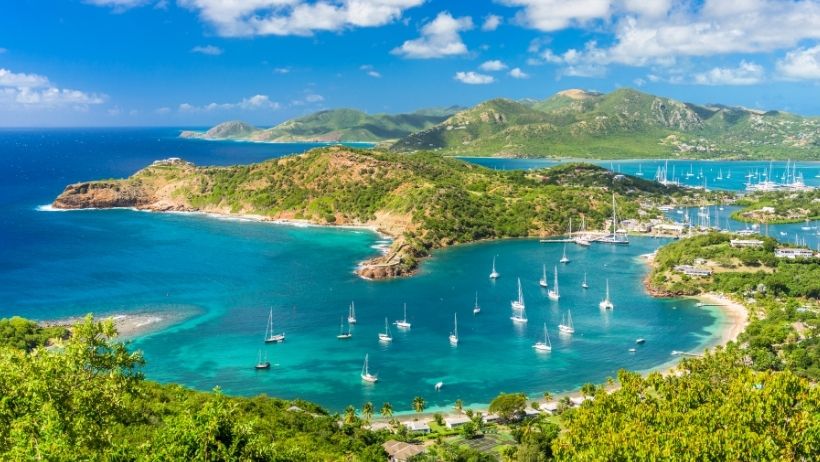 Many of you are probably familiar with Granada in Spain. But do you also know Grenada with E? This can lead to funny mix-ups. The beautiful island state of Grenada is located in the Caribbean and only 200 km from the coast of Venezuela and is picturesque. For its small size, it is home to a considerable number of waterfalls, crater lakes, and secluded bays. There is also an inactive volcano and a wonderfully intact rainforest, that makes up the unique beauty of this island. Another highlight of a special kind awaits you underwater: Jason Decaires Taylor has created a sculpture park under the sea here. 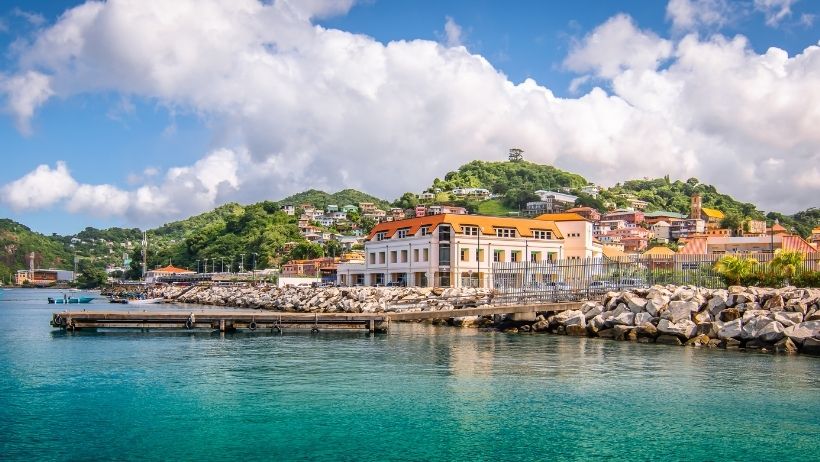 St. Vincent and the Grenadines

What sounds like a boy band from the 1990s is also an island nation in the Caribbean. Johnny Depp filmed “ The Pirates of the Caribbean ” here. In addition, the island has already been named “Best Honeymoon Island of the Year” twice. 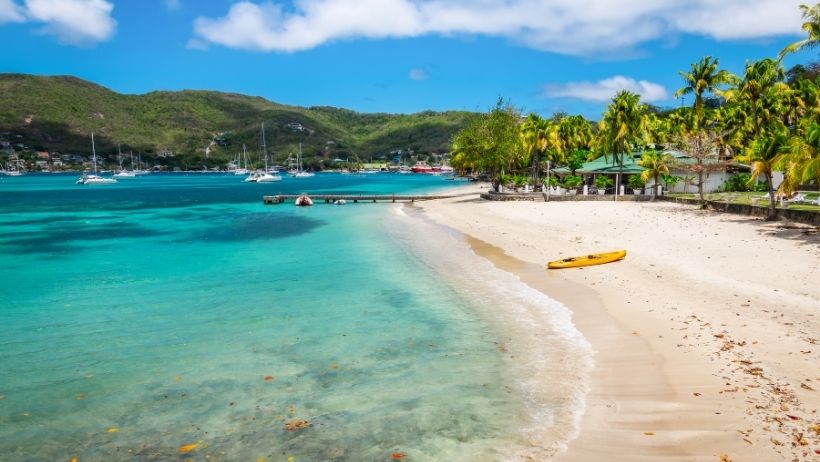 On the volcanic island of St. Kitts and Nevis, you will find both white and black beaches – both are simply enchanting! The big plus point: Because the big tourist rush has not taken place so far, you have the beaches (almost) to yourself and can get to know the life of the residents from its authentic side. 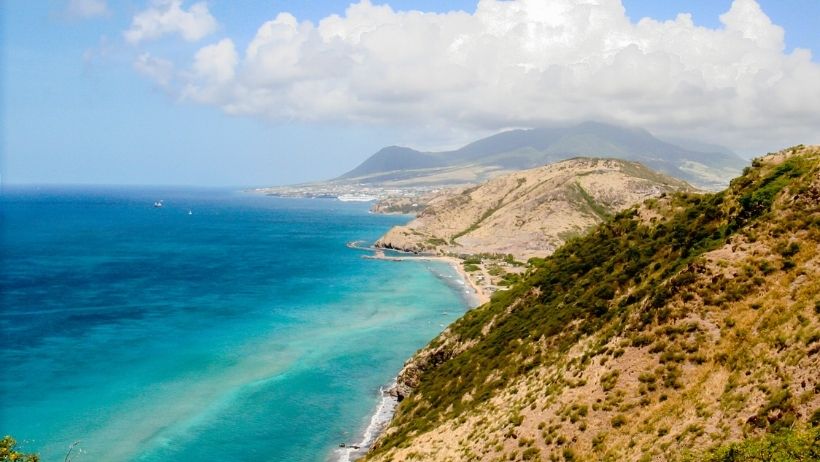 Far away from the tourist trails of Brazil, Mexico, and Argentina, there is still a lot to explore in South America.

Many of you have probably not heard of Guyana. It is the only English-speaking country in all of South America. What else makes it so special? It has one of the most gigantic waterfalls in the world. The Kaieteur waterfalls are 247 meters high (for comparison: Niagara Falls are “only” 52 meters high!). In case you are wondering why you have never heard of it, Guyana’s magical nature is arguably one of the best-kept secrets in the world. And that is exactly why it is the perfect travel destination for everyone who wants to experience the South American jungle with a clear conscience and away from mass tourism! 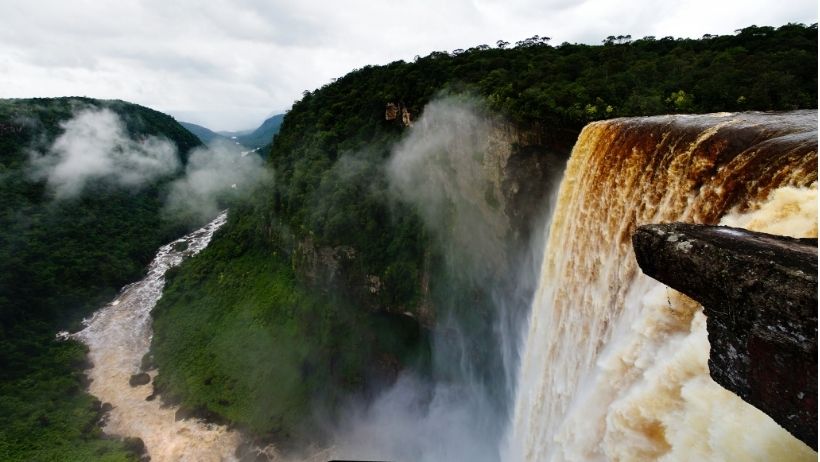 Suriname is located on the border with Guyana. It is the smallest country in South America – and maybe also the least known? Even if you’ve been there before, you may still not be entirely sure whether this country is really in South America. No wonder: Dutch is spoken, and driving is on the left. There are places called Berlijn, Frankfort, or Hanover, mosques stand next to Hindu temples, and you will find a colorful mix of residents with Indian, Indonesian, and West African roots. And somehow, there is such a Caribbean flair in the air. So this multicultural country is always interesting – and beautiful too!. 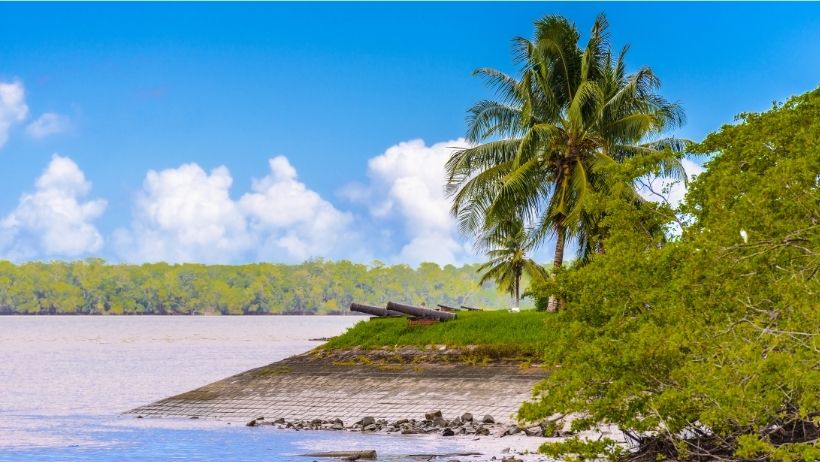 It goes on to Asia because there are many more countries apart from Thailand, Bali, and China waiting for you!

One could almost say that Bhutan is hiding between its two large neighbors India and China. Time seems to pass much more slowly in the traditional country than anywhere else. So far, globalization has only left its traces there in isolated cases. The tourist masses that one would expect in such a beautiful and culturally interesting country have so far failed to materialize. However, this is not due to the ignorance of us, but to the fact that the prices are deliberately kept high. The government attaches great importance to responsible growth, tradition, and the environment preserved. If you share these values ​​and are interested in admiring this undiscovered beauty up close, then it is worth saving up for it. Incidentally, the airport is one of the most dangerous airports in the world, but at the same time one of the most beautiful. 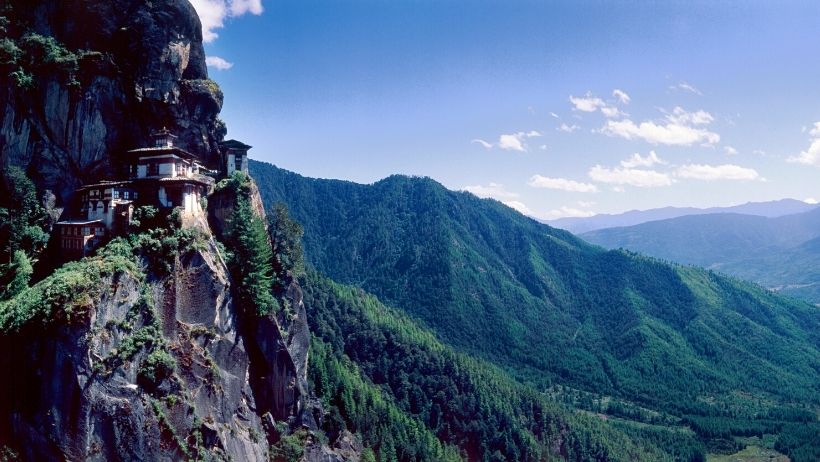 Timor-Leste is also known as East Timor because it only includes the eastern part of the island of Timor. The west of the island belongs to Indonesia. The beaches and tropical climate make this country a quieter alternative to Bali, which is overcrowded by tourists. Unfortunately, the infrastructure is not yet optimally developed, and there are also no huge hotel resorts to be found, but that makes Timor-Leste just perfect for adventurous backpackers. 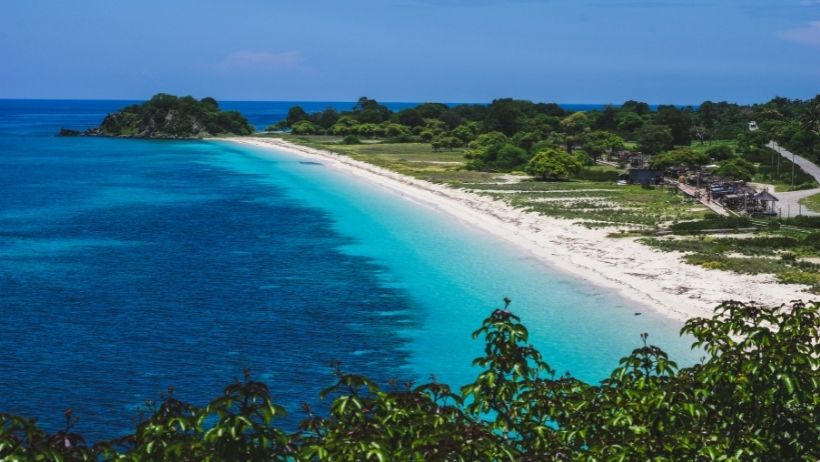 We are familiar with the term Oceania, but you certainly do not yet know the individual countries that make up the Pacific island world. Read on and dream of one of these islands of longing!

The Federated States of Micronesia should not be confused with the so-called “Archipelago” of Micronesia, which consists of around 2,000 islands. Connoisseurs consider the country to be the ultimate diving paradise. Even those who are looking for total peace and relaxation should have it on their radar. There is no nightlife here, everything is closed at 10 p.m. The country is considered to be one of the safest in the world, there is almost no crime. And no addresses either, after all, there are only a few streets that everyone knows.

This beautiful paradise is truly an undiscovered Pacific pearl. You can dive with whales in the crystal clear water and enjoy absolute solitude. Provided you stay offline – because Niue is the world’s first “ wifi nation ” with free wifi throughout the world – a dream for every digital nomad. 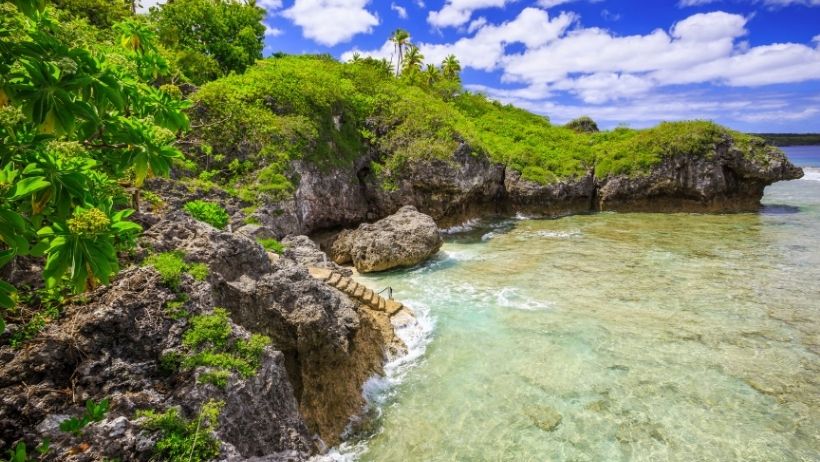 Located northwest of Papua New Guinea, a world awaits you both above and below water that will take your breath away. From a tourist point of view, this island state of Palau is still a real insider tip – only a few get lost in this area. Here lies the as yet unsolved secret of eternal youth: anyone who smears the white mud of the Milky Way Lagoon on their face is said to look ten years younger. 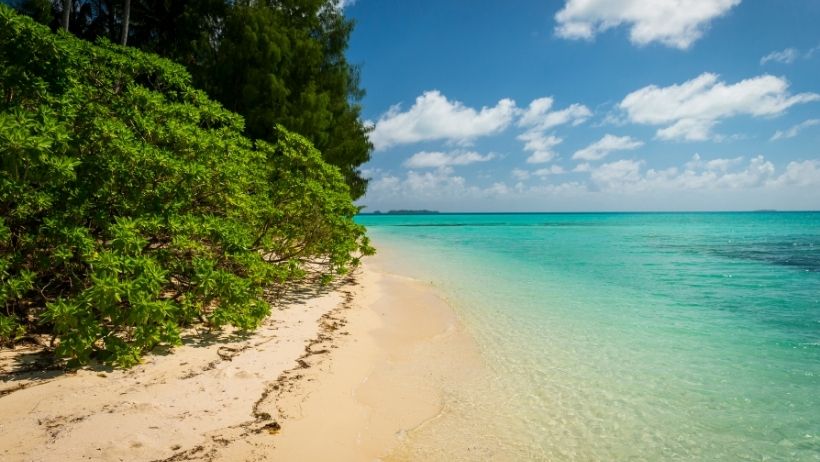 The Kingdom of Tonga is only 900 kilometers away from Samoa, the next island – but the two islands are separated by almost 24 hours. So watch out for the date if you plan to travel back and forth between the two islands. I promise you, the beauty of the South Seas will bring tears of happiness to your eyes! 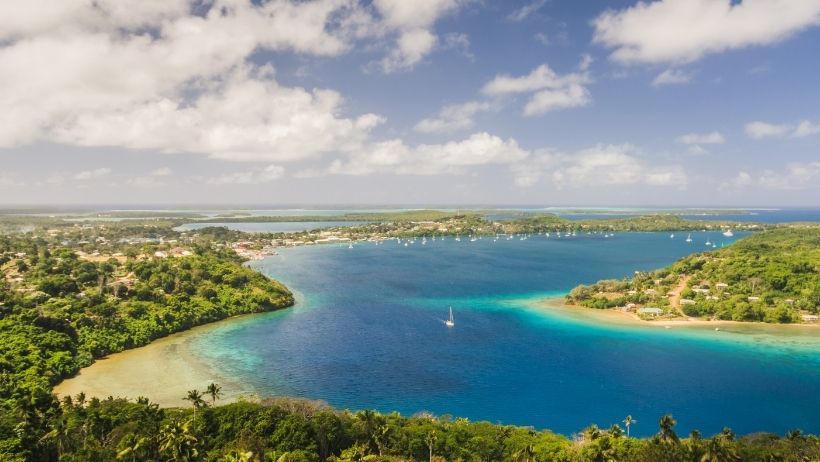 Vanuatu is not for the faint of heart. Two of the most active volcanoes in the world are located on the islands and are open to the public. In addition, ” bungee jumping ” was more or less invented here. In this country it is called ” Land Diving “: You jump from a tower up to 30 meters high (extremely wobbly, self-made) into the depths. The only security: a liana. 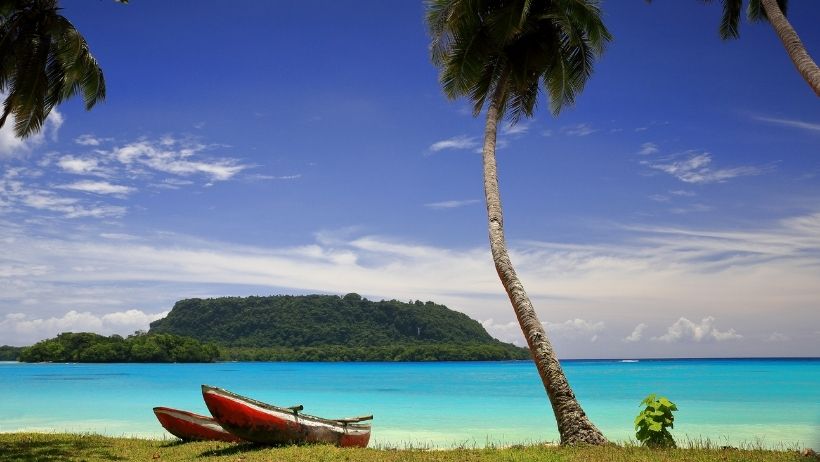 Exactly in the eastern shadow of Papua New Guinea, you will find the Solomon Islands – about 992 in number. The largest saltwater lagoon in the world awaits you here. And if you need a bit of a creepy change in addition to white sandy beaches and turquoise water, you will find it on “Skull Island”. There is a shrine full of skulls there. 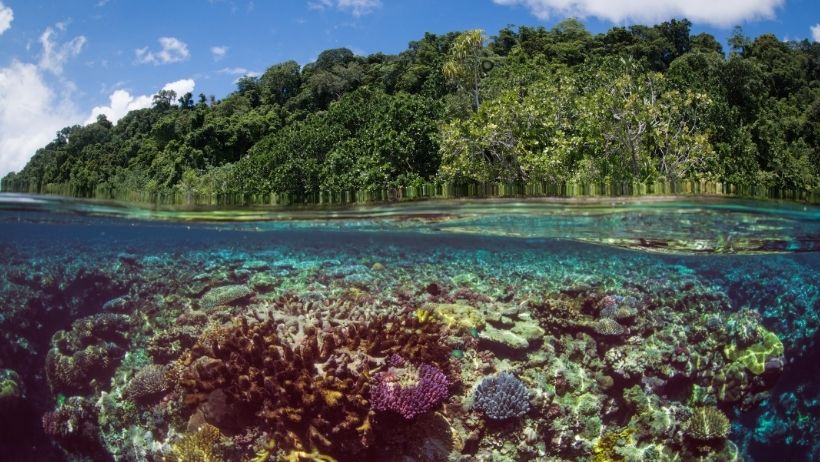 This island state of São Tomé and Príncipe in the Gulf of Guinea is an insider tip for all sun worshipers. Everything just fits here: You are surrounded by beautiful nature, the people are all relaxed and happy, you will encounter species-rich fauna everywhere and there are enough activities for everyone. Sounds like a real paradise, doesn’t it? 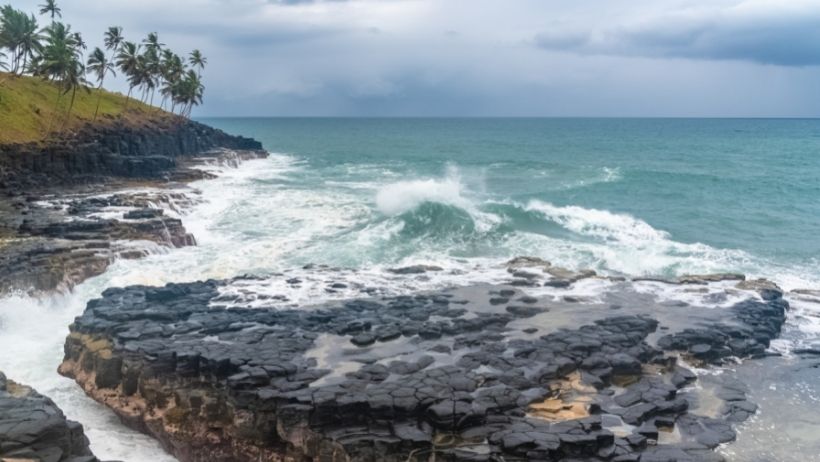 So you see, sometimes you just have to pick up the atlas and go on a journey of discovery. There is still so much that our beautiful earth has to offer. Sometimes we should think outside the box so that we don’t miss these secret pearls.