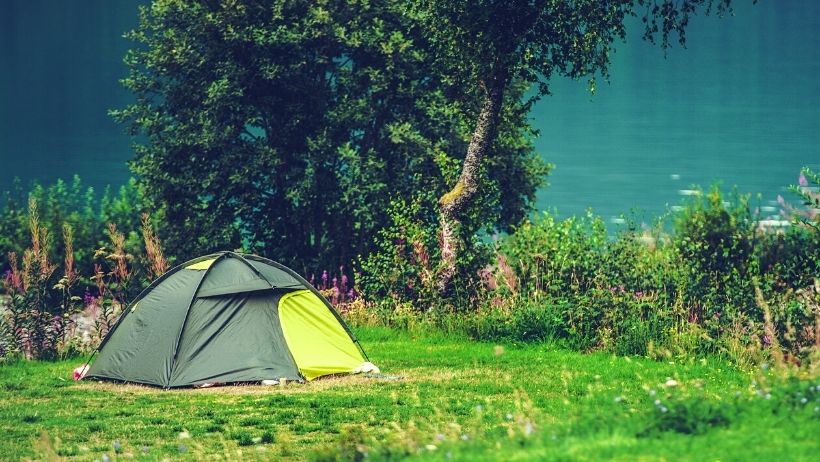 Wild Camping in Europe: Is it allowed?

Published on November 30, 2021 by Fairbutler

For many of us it is the freedom we live: Simply set off – by car, campervan, bike, or simply on foot – and after a leisurely day tour, pitch your tent somewhere and enjoy the great outdoors. But it’s not that simple, especially if you are traveling abroad, you should familiarize yourself with the rules in advance. Because without knowledge of the local language, communication with the law enforcement officers can quickly become an unpleasant aspect of your adventure. 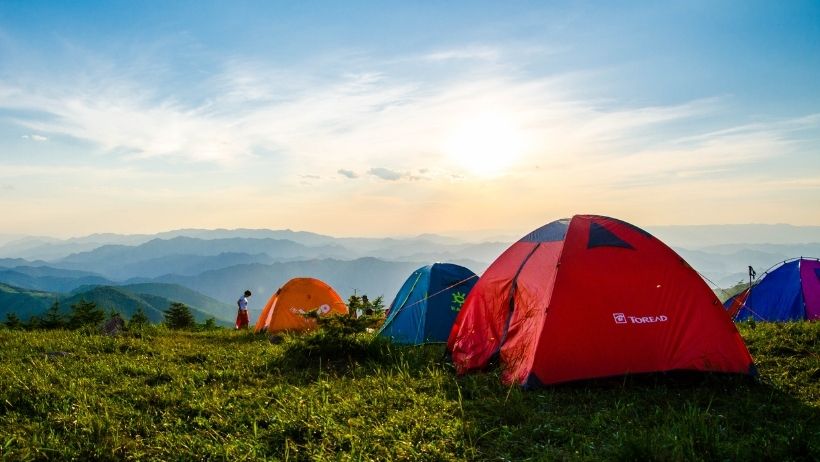 What is wild camping?

By wild camping, we mean setting up a tent in a place not declared for this purpose, i.e. outside a pitch or campsite. This usually involves one or two smaller tents and not an extensive tent city or large travel groups. If you are traveling with a large group, you are better off heading to a campsite.

Does spending the night in a car, campervan or mobile home also count as wild camping?

In some places spending the night in a car or mobile home also counts as wild camping. However, in many countries, it is regulated differently than pitching a tent. For example, sleeping in the car in Germany is allowed to “restore your driving ability”, while wild camping is officially prohibited. To do this, however, you should choose an official parking space and not park in the great outdoors on the side of the road or in the forest.

Spending the night in the car outside of a parking space is expressly forbidden and is severely punished in many other countries, such as in Portugal. That is why we make a difference when camping in the wild between staying in a tent or bivouacking (camping without a tent) and sleeping in the car or camper

What do you have to consider when camping in the wild?

Why is wild camping prohibited?

In many countries, wild camping is not per se banned by law but rather conflicts with property rights or the perception of general public safety. If you get a complaint or a fine, the reason is usually a breach of the peace or the regional equivalent.

But it’s also about protecting nature. Wild camping disturbs the animal world or represents a possible environmental burden, which may appear small for individuals, but can be considerable in bulk. In addition, wild camps can attract animals that are looking for food and permanently change their behavior.

What are the penalties for unauthorized wild camping?

It’s hard to predict what will happen if you illegally wilderness camp. Some law enforcement officers initially rely on warnings and turn a blind eye if no one is harmed and you are not celebrating long parties, making a fire unrelieved, or leaving garbage behind.

Wild camping in Europe broken down by region

Due to the open borders and freedom of travel in the Schengen area, we can travel across large areas in Europe without restrictions. Even so, every country has its own rules when it comes to staying overnight in the wild. This is usually not only regulated at a national level but also shows regional differences. Therefore, here is an introduction to the rough guidelines that apply in 28 countries in Europe. Before you travel to these regions, you should find out more about the local conditions.

In Estonia, Latvia, and Lithuania wild camping is allowed without further ado. Here, as in the other countries, you can camp in uncultivated and uncultivated areas. Here, however, staying overnight on private properties as well as in national parks and nature reserves is somewhat more restricted. In addition, it is also important that special consideration is given to the vegetation and the habitats of wild animals to preserve their protected areas. Since the locals also like to use wild camping, the Baltic states are well prepared for it. For example, there are dry toilets in isolated places. Spending the night in a camper is allowed or tolerated, as in other countries, as long as it happens in marked areas and the vehicle does not cause any restrictions 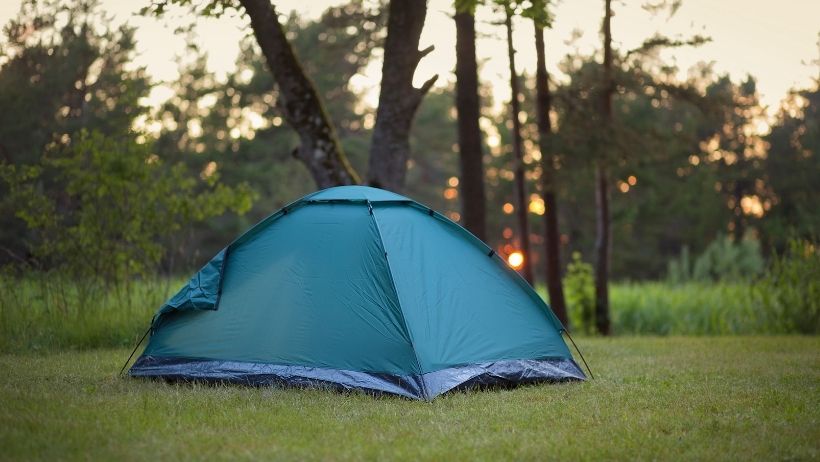 Scandinavia is probably a paradise for wild campers. Bivouacking and camping are permitted there due to the right of public access. As a rule, this also applies to private property, but not to areas used for agriculture. You should also make sure that the tent city is not set up near settlements or individual houses. On private property in Norway, for example, you are allowed to pitch your tent for up to two days and at a suitable distance of at least 150 m from inhabited houses. However, stricter rules may apply in nature reserves and national parks. Camping is permitted for up to two nights in all areas that are subject to the regulation of public access. However, the same applies here, as everywhere else: Don’t break anything and take the rubbish back with you. 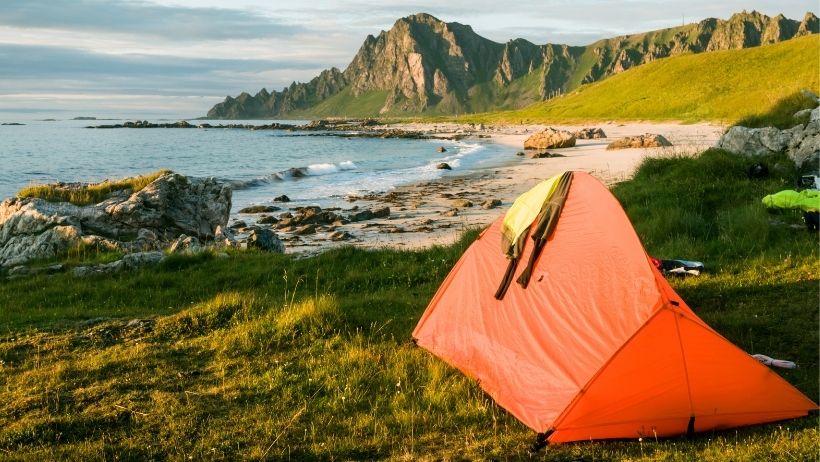 In Great Britain, there is no uniform regulation on the subject of wild camping. England, Wales, and Scotland have completely different laws. However, wild camping is only properly allowed in Scotland. There, behavior in the wild and the wild is regulated by the Scottish outdoor access code. This is a kind of binding code of conduct with all-important dos and don’ts. 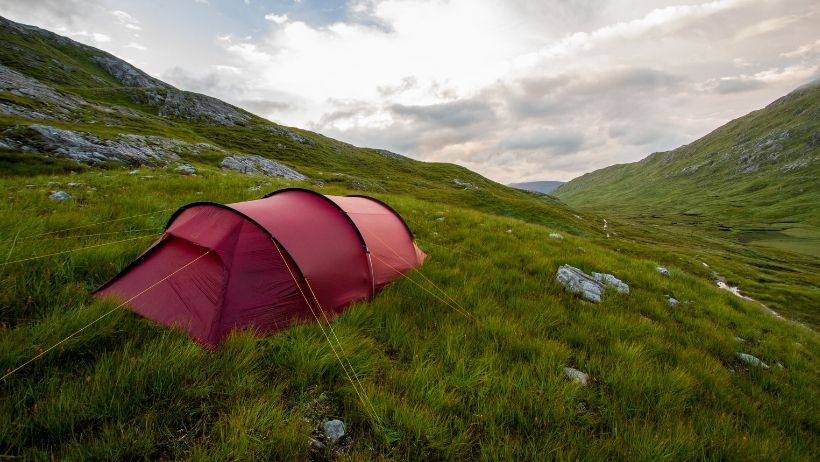 Wild camping is also prohibited here for the time being. Particularly in tourist areas, controls must be expected in this regard, and fines are also possible here. But there are also places where camping outside of a typical campsite is easily possible. There are countless forests in Denmark where camping is legal. However, it is important to adhere to the rules that apply there. Here is a quick summary: 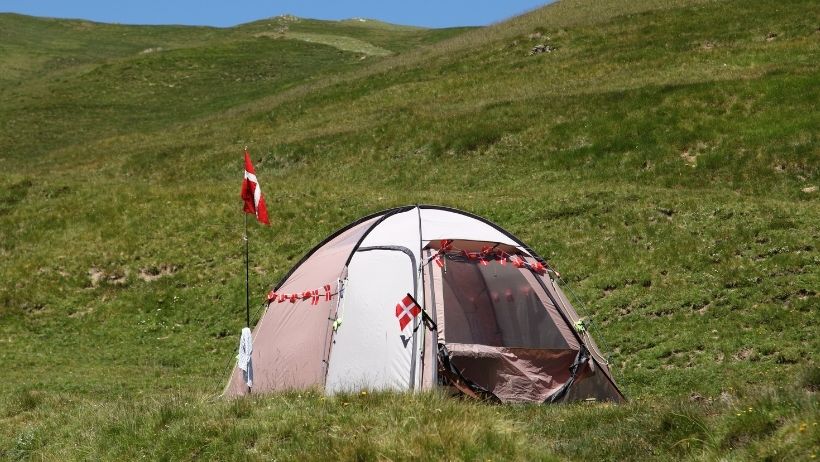 Belgium and The Netherlands

In Belgium, wild camping is strictly controlled and punished, especially on the coast and during the main travel season. In the rest of the country, there is a certain tolerance for wild camping in parking lots and private property with permission. This has to do with the tradition of so-called “pole camping”.

It is strictly forbidden in the Netherlands and is strictly controlled. Wild camping can result in a fine of up to € 500 per person. 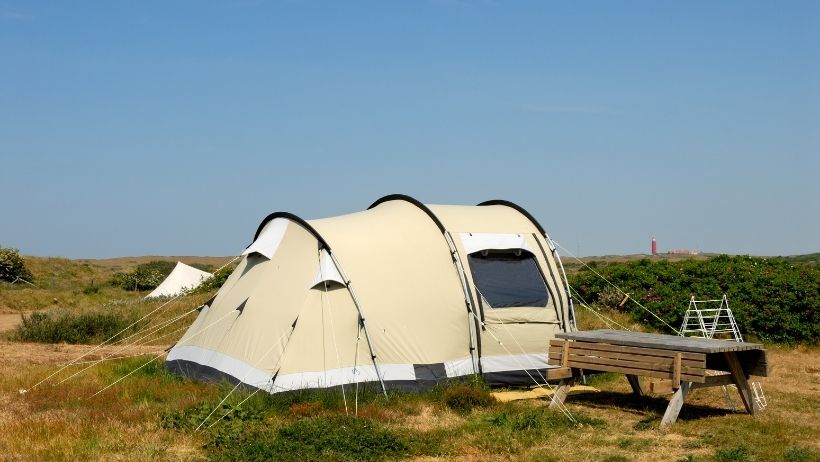 In many federal states in Germany and Austria rules for wild camping and staying overnight in vehicles are regulated slightly differently. In general, wild camping is not allowed. Penalties can range from small fines to the mid-four-digit range if your camp is accused of trespassing, property damage, or arson. In some cases, your tent can even be confiscated. In both countries, however, there is also the option of heading to smaller pop-up camps in addition to classic campsites. They are a good alternative to wild camping.

In Poland, wild camping is generally prohibited and is punished with fines, especially in nature reserves and on the coast. If you only want to camp one night somewhere in the wilderness, there should hardly be any problems here. Wild camping is also widespread among locals. You can also contact the respective landowner and ask for permission. Farmers tend to be very helpful, especially outside of the tourist conurbations. 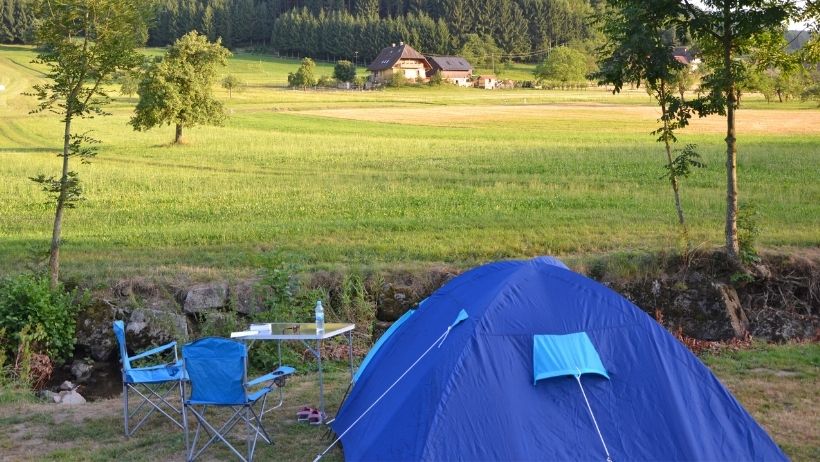 In France, the situation is just as confusing as in Germany. In principle, wild camping is prohibited here. Particularly in tourist metropolitan areas and on the coasts, strict controls are carried out in this regard, and high fines are not uncommon here. But some communities have released certain areas for wild camping. Signs with the inscription “Camping reglementé – s’adresser à la mairie” point out this. So you should contact the town hall/mayor’s office for more information about wild camping.

Wild camping and bivouacking are strictly forbidden and are subject to heavy fines in Italy. Particularly in tourist conurbations and on the coasts, this is also closely monitored. Anyone who settles here at home with a tent or bivouac must expect fines that often correspond to the price of a hotel room of high standards.

In Switzerland, too, wild camping is not uniformly regulated, so that different restrictions apply from canton to canton. For individual areas, entry bans or stricter nature conservation laws, which automatically exclude camping, also apply.